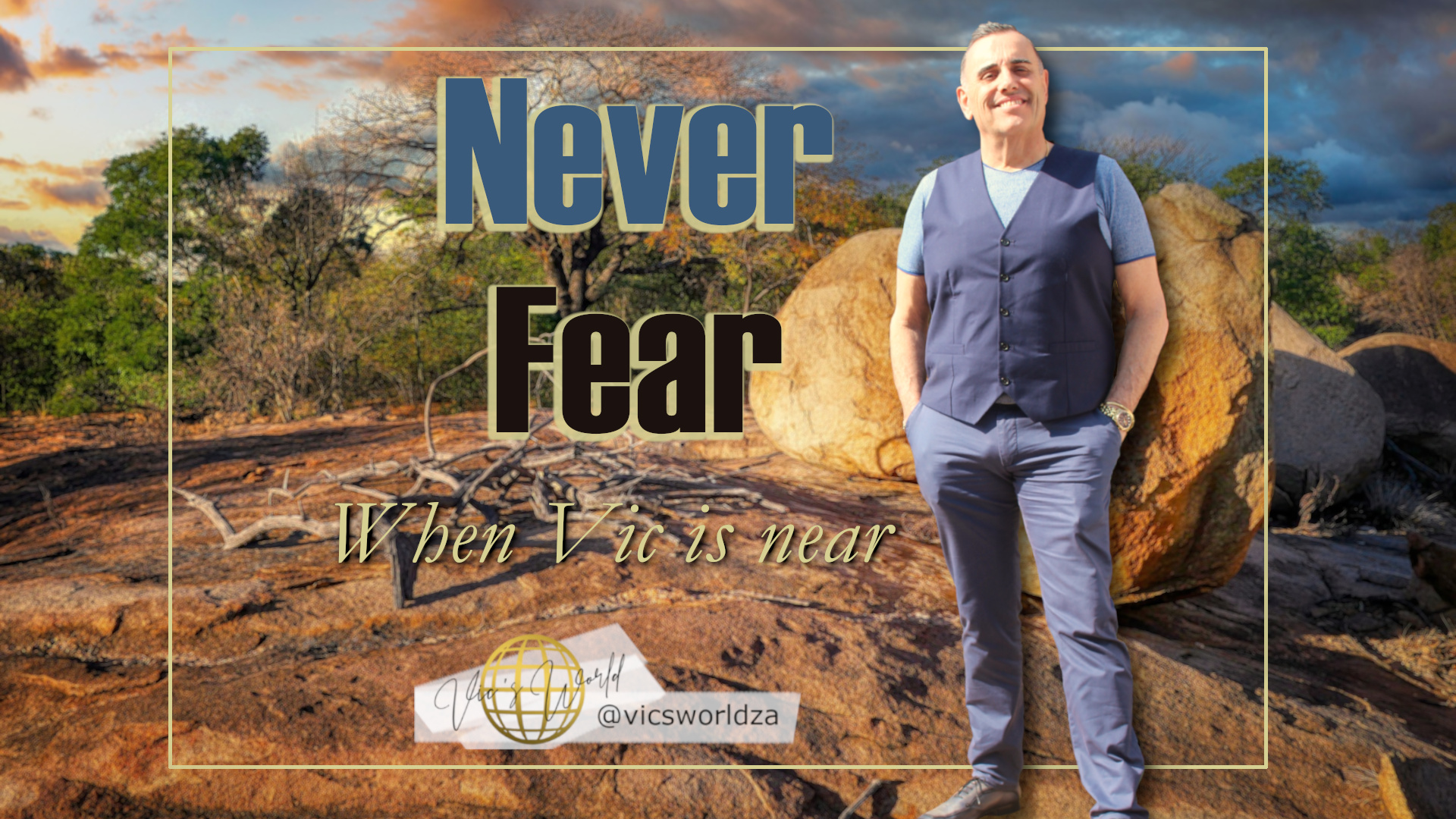 Never fear when Vic is near

Born in Lisbon Portugal in 1954, under a dictatorship, by the then government of the day, headed by one of the longest serving members of parliament in history (SALAZAR a total of 42 years in government, ruling for 36 years as prime minister until 1968). Life was arduous, even for a youngster like me, that always chose to be nosy, making me aware of what was happening. Maybe not understanding it fully but knowing that the environment was not conducive for the bottom of the ladder natives to the country. There were only two categories of people 1) the super-rich (10%) and 2) the super poor (90%). (EXTREMELY UNBALANCED). I became ill in a way of speaking, hence making me a revolted child, so much so that I was expelled from school at the immature age of 10, then working as a “delivery boy” until we immigrated to South Africa in 1969. I could not heal my soul in the same environment, that originally made me ill, and could not offer me any hope. I knew that my personality could not shine in that environment and due to circumstances, I created a character that I knew, did not fit my persona, hence making me feel that I was just a vagabond.

My dad eventually decided to immigrate, looking for greener pastures, and I was over the moon when I heard about it. Leaving three quarters of your most loved ones behind was not going to be easy, but there was a good reason why we were doing it. Life on the other side could not be worse than what we were experiencing. We were “rock bottom”, so it could only get better. Prior to embarking, I made sure that I had enough courage to detach myself from my beloved family and cross the oceans, making sure that I lost sight of the shores of exit. It does not matter how old you are, what is important is to have a valid, justifiable reason why you are doing it. Not, that I had any say in the matter, my parents had already made up their minds, but what was important for me was that we had to simply change the existing environment. Today I can look back with a gleeful heart and soul, thanking my parents for the decision taken and tap myself on the back for always recognizing and being aware of life situations, with all its pros and cons. The most important factor was that I simply had another opportunity of having another shot at the “bull’s eye”, so to say. I felt like I had been reborn, as I always knew what I wanted, but was still a little frustrated kid, as there was still another obstacle, and that was that those days kids were only supposed to be seen and not heard. Whatever you said, meant absolutely nothing. Now, with the change, there was that feeling of hope, and a sort of total freedom, in which things would start changing and eventually all would fall into place. NEW HORIZONS!

As time progressed life was not easy at all, I climbed mountains and fell into valleys, many times having to flow with the current of the river below. I have travelled through some difficult and arduous paths and roads, but at the end of the day I knew what I always wanted, eventually leading me to beautiful things and great destinations. During my journey, when life became unbearable, I simply laid back, flat on bed, shut my eyes and thought extremely deep, figuring out my passion, having faith in myself and my purpose would automatically surface. I had many spats with my parents, between the ages of 10 and 18, when my parents got divorced, and I had no other option, but to fender for myself. THIS WAS THE BEGINNING OF MY GOAL SETTING IN LIFE AND WORKING ARDUOUSLY TOWARDS ACHIEVING IT. TODAY, I SMILE, WHEN I THINK OF ALL THE GOOD, BADLY AND UGLY MEMORIES (YOU CAN NEVER FORGET THEM), BUT I SMILE EVEN MORE, JUST THINKING OF THE YET TO BE MADE MEMORIES, THROUGH ALL THE TO BE MADE INNOVATIVE ENCOUNTERS. STILL TODAY I SURPRISE MYSELF, ENRICHING MY SOUL!
WE ALL HAVE TO BELIEVE, THAT WHATEVER HAPPENS IN LIFE, BE IT GOOD, BAD OR UGLY, IF WE ACCEPT IT ON THE BRIGHT, POSITIVE SIDE, IT WILL ALWAYS CHANGE YOUR LIFE FOR THE BETTER.
TAKE THIS!

THE BEST THING THAT HAPPENED IN MY LIFE, WAS THE DECISION BY MY PARENTS TO LOOK FOR GREENER PASTURES AND IMMIGRATING. THE SECOND BEST WAS WHEN MY PARENTS GOT DIVORCED (SOUNDS ODD AND STRANGE, BUT TRUE). THE THIRD BEST THING, WAS, WHEN I SET A GOAL, PUTTING ME, WHERE I FIND MYSELF TODAY.
ACCEPT TURBULANCE AND ALWAYS MAKE SURE THAT YOU TAKE RESPONSIBILITY FOR YOUR DESTINY! REMEMBER THAT WE ALL HAVE SOULS THAT CAN BLOSSOM IN NATURE. TO ENRICH YOUR SOUL, JUST SIMPLY CREATE YOUR OWN SUNSHINE WHETHER THE ENVIRONMENT IS GLOOMY OR DARK. LOVE YOURSELF AND OTHERS AS THIS WILL BE THE COMMON LANGUAGE USED TO TRANSCEND ANY BOUNDARIES.

This site uses Akismet to reduce spam. Learn how your comment data is processed.